The bicyclist was taken to Flagler Hospital immediately, but then transferred to UF Jacksonville by lifeflight shortly after. The Florida Highway Patrol confirmed the bicyclist’s death on Monday morning, although Jacksonville television stations had already reported the death on Saturday. 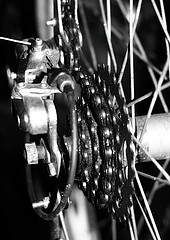 The driver of the car that hit the bicycle did not stop and there were no eyewitnesses to the hit and run accident. Police are still in search of the driver of the car, and have asked that anyone who knows anything about the accident to come forward.

Hit and Run Accidents in Jacksonville

In Jacksonville, there have been a multitude of recent hit and run car accidents. These tragic accidents make a sad situation worse for the victims and their families; instead of being able to get closure, they must suffer knowing the culprit has evaded accepting responsibility for his or her actions.

However, when a hit and run driver is located and identified, they are often held responsible for their actions in both civil and criminal courts. In civil suits, the fact that a driver fled from the scene of a serious accident shows that driver’s negligence and disregard for human life. After all, what can be more negligent than causing an accident and then fleeing the scene before knowing that you didn’t cause serious injury?

All drivers have a duty to stop and render aid when they are involved in a car accident. Failure to do so violates a legal duty that we all undertake by obtaining a Florida Driver’s license and using the public roads. Those who violate the duty can, if caught, be held responsible to the party who suffered as a result of the fleeing driver’s negligent actions. In addition, the injured pedestrian or bicyclist’s own uninsured motorist insurance may provide coverage for injuries caused by a driver that flees the scene.

Have You Been Involved in a Hit and Run Accident?

If you have recently been injured in a hit and run auto accident, you should retain the services of an experienced Jacksonville personal injury attorney. With the assistance of a dedicated accident attorney, you will be able to better understand your options and pursue the path that is best for you and your family.

Accidents rarely occur without one party failing to live up to a duty to be careful towards another driver, pedestrian or bicyclist. In these cases, the law allows for the innocent victims of an accident to recover for the medical bills and pain and suffering that arises for the other driver’s failure to exercise the required caution.