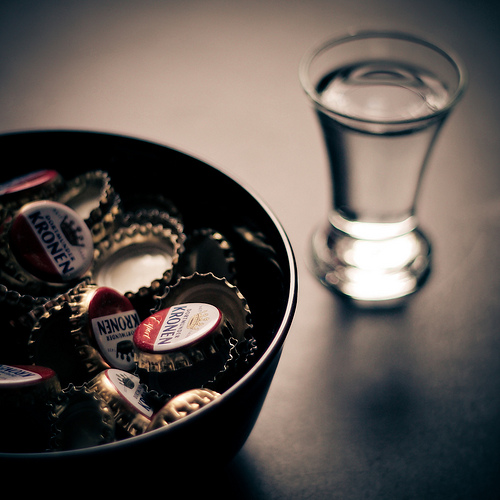 Ervens Prudent, a well-known North Miami entertainer who goes by the name DJ A.O.L., was arrested and charged with DUI manslaughter after he crashed into another vehicle while driving under the influence of alcohol. According to the report in the Miami Herald, a couple in a car was approaching the intersection of 8th Street and Douglas Road in Coral Gables shortly after 1:20 a.m. on June 10th. As the couple’s car began to slow down for the upcoming red light, Prudent’s car rapidly approached from the rear, eventually colliding with the other vehicle and causing the fatal impact. Sweetwater residents, Maria Martinez and Marlon Gutierrez were both pronounced dead at the scene.

Prudent was severely injured by the collision and was taken to Jackson Memorial Hospital while police investigated the crash. Currently, DJ A.O.L. is being held on a $15,000 bail. Not much is being said about the specifics of Prudent’s level of intoxication.

Still Common Despite the Dangers

Unfortunately, despite the severe risks of drunk driving, and high cost of an accident, people continue to drink and drive. This is especially true among teens and twenty-somethings. Mothers Against Drunk Driving reports that in 2010 almost half of all drunk driving accidents were caused by those under the age of 25.

The Law Protects the Victim of Drunk Driving

The maximum legal BAC for an adult of drinking age in Florida is .08% (for minors under the age of 21 the limit is .02%). Anyone over 21 caught driving with a BAC over .08 is guilty of “driving under the influence” and can be criminally prosecuted.

Let’s say that same driver crashes into another car, causing property damage or bodily injury. In that case, the fact that the driver had a BAC over .08% creates what the law calls a “presumption” that the driver was intoxicated. This presumption of intoxication makes it easier for the victim who was injured, or whose property was damaged, to establish that the other driver was at fault and recover monetary damages.

Injured by a Drunk Driver?

If you or a loved one has been injured by someone who may have been drunk driving, you might be entitled to compensation. Give one of our experienced accident attorneys a call and see what we can do for you. Because we work with you on a contingent-fee basis, there is no risk to you; we won’t collect unless you do.

Are You Really Okay To Drive? Fatigued Driving Just as Dangerous as Drunk Driving
Read Between the Lines: Don’t Text and Drive