On August 26, a 14-year old boy was riding his bike on Sibbald Road in Northwest Jacksonville at one o’clock in the morning when he was fatally struck by a car. According to a story by News4JAX.com, the teen was riding beside two pedestrians when a car, traveling south, collided with the teen, sending him flying into a ditch. The driver of the car did not stop and render aid, and instead chose to flee the scene of the accident. 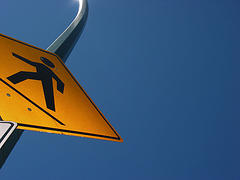 While neither of the pedestrians was injured, the teen was found dead by emergency personnel upon their arrival. Charges have not been issued against the driver.

Why Have No Charges Been Filed Against the Driver?

This is an issue that is not uncommon with hit and run accidents. Due to the nature of a hit and run, the driver is obviously not present at the scene to be identified. In addition, hit and run drivers are not usually the type of drivers who are concerned for fellow citizens (after all, they usually make a conscious decision to flee the scene of an accident rather than stay and render assistance) and might also be prone to lying to police when asked if they were driving the car.

How Do These Cases Get Resolved?

If the injured party can show that the driver knew he hit someone and chose to flee, then the driver can be held liable for wrongful death. This term refers to a death that is caused due to someone else’s misconduct or negligence.

Wrongful death claims differ from other types of lawsuits because the victim–the person who died– is not the plaintiff. Instead, the suit is brought by the decedent’s family members or members of the estate. The purpose in a wrongful death suit is not to recover damages which are personal to the victim, but to provide compensation to the family members who have suffered emotional and financial harm due to their loved one’s death. Compensation in a wrongful death suit may include an award for loss of support, love, benefits or services of the deceased. Awards may also include compensation may include an award for medical and funeral expenses, punitive damages or for the loss of the deceased’s future wages.

Are You Really Okay To Drive? Fatigued Driving Just as Dangerous as Drunk Driving

Read Between the Lines: Don’t Text and Drive

Injured in a Hit and Run Accident?

If you have been injured in a hit and run accident, and the police have found the driver, you might be entitled to monetary damages based on that driver’s negligence and recklessness. To find out what your rights are, and to determine what courses of action are available to you, you should consult an experienced accident attorney.