Earlier this summer, a three-year-old girl was hit and killed on Johnson Avenue, a small residential street off St. Augustine Road in Jacksonville’s Southside. According to a report by News4JAX.com, the driver of the car claims to have felt a bump as he ran over the young child. He then stopped the car, got out, moved her body to the side of the road, and left the scene.

Several people witnessed the tragic accident and immediately contacted the police. The witnesses provided police with the license plate number of the car and enough information to lead them to the driver’s vehicle, which was found on the 2300 block of Kinwood Avenue, about 10 miles away. Before police could find the driver and arrest him, he turned himself in. As it turns out, the driver’s license had been revoked since August of 2011. He is currently being held on $500,000 bail for causing an accident resulting in death and driving with a suspended license. Whether that driver did anything wrong to cause the impact with the girl has not been released by the Jacksonville Sheriff’s Office. 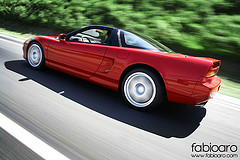 Hit and Runs are Surprisingly Common

This is just the latest tragic instance of a fatal hit-and-run accident. The National Highway Traffic Safety Administration reports that about 12% of all fatal vehicle accidents involve a pedestrian. That turns out to be about 4,800 pedestrian deaths a year. One in five of these pedestrian deaths is the result of a hit-and-run.

Even if a driver is not at fault for hitting a pedestrian, the driver still has a legal duty to stop and render aid to the injured person. Aside from being the right thing to do, stopping to help the victim is in the best interest of both the victim and the driver. The victim will receive prompt medical care, increasing the chances of survival, and the driver will not “look guilty” for fleeing the scene. Not to mention, if a driver does not stop and render aid to his victim he or she may be charged with fleeing the scene of an accident, a third degree felony.

If you or a loved one has been victim of a hit-and-run accident, you may be entitled to monetary compensation. Even if the driver of the car cannot be identified, the victim’s uninsured motorist coverage may provide compensation for his or her injuries. In Florida, a resident relative’s unsinsured motorist coverage may also apply to cover such injuries.

If you have questions about a claim for injuries resulting from a hit-and-run accident, please contact one of our experienced Jacksonville accident attorneys and see what we can do for you. Because we work on a contingent fee basis, you will not incur any legal fees unless we make a recovery for you.

Accidental Drowning: Leading Cause of Death Among Infants and Toddlers