Throughout Jacksonville, automobile collisions occur when drivers are sending text messages and fail to pay sufficient attention to traffic conditions. Often, car accidents with serious injuries are the result. We find that young drivers are the most likely to engage in this dangerous habit. 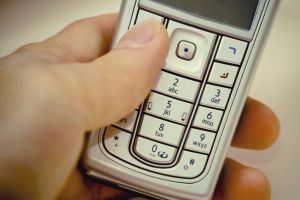 Anyone with a teenager is most likely familiar with their texting habits. According to a recent poll, 46% of the 1000 teens surveyed admitted to texting while driving. The danger involved in typing out a message while behind the wheel of a car that is moving at sixty miles an hour should be obvious.

Rep. Doug Holder, of Sarasota, Florida has introduced a bill to make it illegal in Florida to text while driving. He introduced the bill in response to the death of several teens in tragic auto accident last year in New York in which it was determined that the driver was texting while driving. It remains to be seen whether the bill will become a traffic law and whether it will be obeyed, but one of the most frustrating things in the practice of personal injury law is to see the tragic harm that results from injuries or wrongful deaths which could have easily been avoided through responsibility and a little common sense.

If you would like a free consultation with our Jacksonville Florida injury law firm, please contact us.