Over the weekend, a bicyclist was critically injured when he was struck by a Nissan Altima. According to a report by Jacksonville.com, the bicyclist was crossing the street on U.S. 1 at Deltona Boulevard in St. Augustine Shores. As the bicyclist began to cross the road, the driver of a Ford Explorer saw him, and stopped in time to avoid hitting the man on the bicycle. However, the driver of the Nissan was unable to stop in time and crashed into the man.

The bicyclist was taken to UF Health Jacksonville. Neither the driver of the Nissan, nor the Ford Explorer, suffered any injuries. 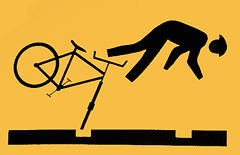 Bicycle Accident Statistics
In an effort to get fit and combat rising gas prices, many people are turning to bicycles as a mode of transportation. Many cities across the country are becoming more and more bicycle friendly, installing bicycle lanes and signage.

Jacksonville is not known as a safe city for bicyclists. In 2010, there were approximately 200 cyclists injured in motor vehicle accidents in Jacksonville. This makes Jacksonville the third-most dangerous city in the United States for bicyclists and pedestrians. Unlike other major cities, many Jacksonville streets do not have designated bike lanes. As a result, many cyclists ride on a sidewalks, which can lead to accidents.

While riding a bicycle can be a fun, quick way to get around that provides good exercise and saves gas, it can also be dangerous and precautions should be taken. Below is a list of things bicyclists should do to ensure they remain safe while on the road:

· Make sure to follow all posted traffic signs.
· Always ride WITH traffic.
· Don’t pass on the right of a vehicle.
· Install a rear-view mirror and periodically scan the road behind you as you ride.
· Keep both hands on the handlebars at all times so you can brake immediately, if need be.
· Always wear a helmet certified by the Consumer Product Safety Commission.
· Learn and use the appropriate hand signals.
· When riding at night, make sure to have a headlight, reflectors on your tires, and to wear bright, reflective clothing.
· Make eye contact with drivers near you.
· Never ride with head phones because you will not be able to hear road noise and respond accordingly.

Remember, as a bicyclist, you are entitled to be on the road, provided you follow the same rules that cars do.

Injured in a Bicycle Accident?

If you or a loved one has been injured in a traffic accident while riding a bicycle, you may be entitled to compensation. Sometimes, drivers do not respect a bicyclist’s right to be on the road and fail to give bicyclists the care and respect they deserve. In these cases, the law may provide a means of compensation.

To find out what rights you have, and to see what time restrictions may be in place, contact an experienced accident attorney today.

– How Does Fault Work in Florida Negligence Cases?